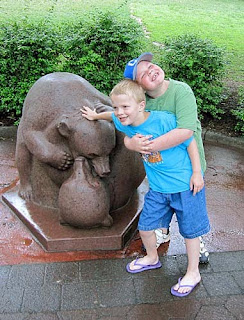 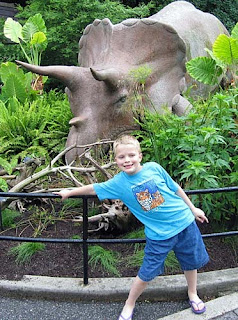 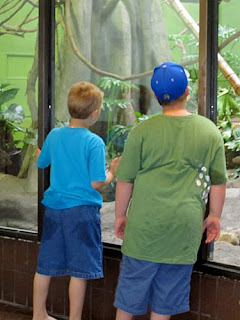 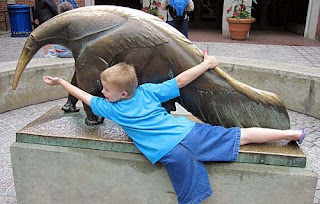 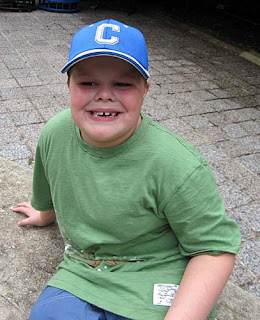 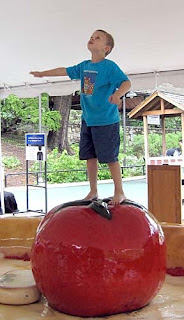 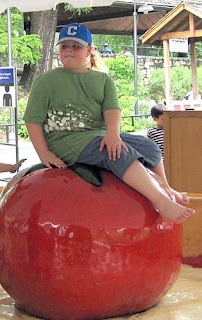 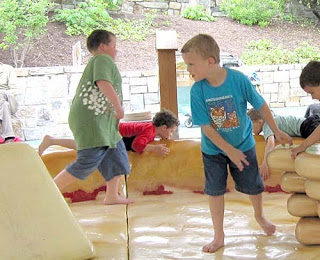 Carefully crafted for your viewing pleasure by Joeymom at 3:35 PM No comments: 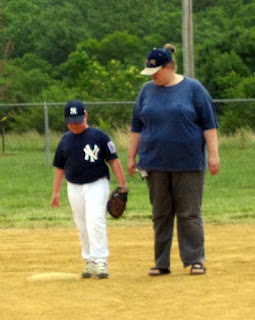 We still encourage him to steal home. He's our little hero.
Carefully crafted for your viewing pleasure by Joeymom at 8:05 AM 1 comment:

Our little school system is set up with a split upper and lower elementary. What this means for most kids is that the older elementary kids- third, fourth, and fifth graders- are not housed with the wee ones (K-2), so that programming and instruction can be more focused on the needs of the two age groups. What it means for us is we have to start from scratch trying to claw for the services Joey needs, with a whole new group of people with a whole new attitude towards special education, special ed students, and what services should entail.

And so far, I am not impressed.

We had a separate meeting for ESY, partly because there was this huge gap called August, five weeks of black hole in service that would be a disaster for Joey. And what I learned was that our new crew believes my son's education is less important that waxing the floors. Really.

I've listened to these folks at the Sped Parent meetings. The impression I get there is no better. There is a sense of dividing and isolating cases instead of a broader view of service in which the children's services and strengths are interconnected and interwoven for an effective educational netting- or better yet, fabric. You can't have social skills for one. The problem is I know they have at least three, likely more. Can't do this for one, can't do that for one. If I hear it again, I'm going to stand up and say, "You have one that needs this. Not wants. Needs. Figure it out." I'm starting to look up the numbers for lawyers again. I suspect I will need one in the next, oh, three years. And it is likely to be sooner rather than later. Better to go ahead and put in a retainer, rather than have to come up with one in a super-hurry.

As I left the meeting, the new administrator made the usual "Everything is going to be fine" speech. I think she meant well. However, if she thinks she's building any trust here, she is sadly mistaken. When your concern is about having to have a whole month to strip the floors, rather than being concerned about the needs of your students- even just one student, if you must- there is seriously nothing trustworthy there.

I'm going to have to start seeing some serious effort and creative support soon if we're to get any trust going on this side. And folks, it's looking like its going to be a long three years ahead.
Carefully crafted for your viewing pleasure by Joeymom at 10:26 PM 8 comments: