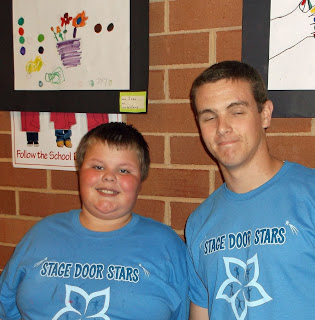 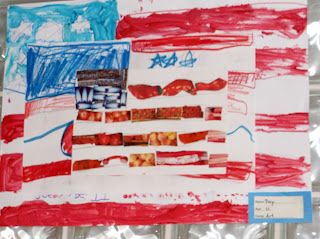 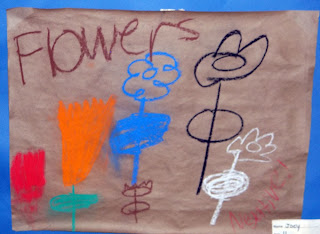 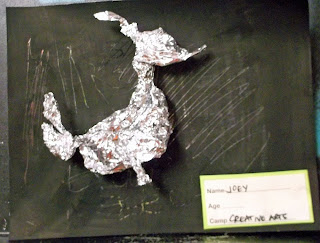 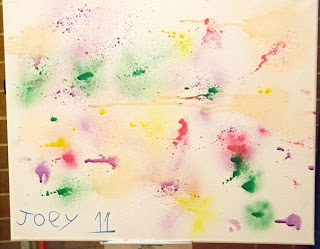 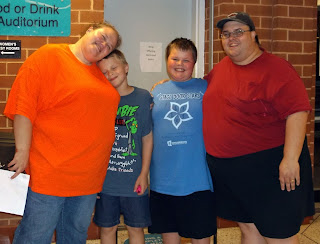 Carefully crafted for your viewing pleasure by Joeymom at 9:27 PM No comments:

The Sovereign Child and The Change of Plans

So he was totally excited this week to be in Dance Camp. After all, Joey loves to dance.

No, wait, let me type that properly: Joey LURVS to dance.

Get him up on stage and let him dance? Oh, yeah, he was all about it. The theater productions are so inclusive, and wonderful, and fun, we were very, very excited to be doing a dance routine. Joey was all grins.

Better yet, we got the awesome young man who was Joey's assigned aide last year as his dance camp aide. Huzzah! Mr. Dan rocks the house! I watched him beam all the way to the auditorium, and then dutifully left to let Joey do his Joey thing.

Needless to say, I was confounded and saddened to be met at the door at five o'clock by the camp director and a person I believe was the special ed person for the camp, telling me Joey had refused to dance. He had been upset, refused to do anything, and finally they let him do some painting with his buddy in a break room. In fact, he had painted for a good half and hour. Did I mention that Joey isn't much into art projects?

We talked about making schedules and breaks and other stuff, and decided to just try again the next day. Today. I found out from another parent who had seen the initial issue that he seemed to think he had been teased, and that's where it all started. And I noticed as we were leaving that there was a little girl in the dance camp with whom Joey does not particularly get along. Hmm.

I should be more specific about that. I noticed the little girl's mother. (And I should also note that these are very nice people, and the little girl is just fine, she and Joey just don't mix well).

He wasn't so happy about it when I dropped him off, but I sent him in reinforced with a checkers set and a extra bottle of water.

The call came just before 3. Could I come get Joey? He was not participating and was being "defiant." Cussing under my breath that people who work with special needs kids don't know the difference between a defiant child and a stressed out over-anxious child trying to communicate, I left Andy with Grandma and headed over to camp to see what the flying flip was going on.

They were awaiting me at the front desk, confused. They know Joey loves to dance. The dance teacher came over, and insisted Joey could do all these things, he was just refusing to, and there was just something about her attitude that made my ears prick and set off me "doesn't get it" radar. One thing we have learned is that people who work with special needs kids often don't really understand autism. They can work with a lot of other kinds of disabilities, and completely miss how to work with an autistic child.The very wordiness of her manner put me on guard. When I asked if we could teach him his routine for the show one-on-one, she said something about not being fair to the other students. Something was not right here. I decided it was time to ask Joey what was going on, and I wanted to do it while we were still in the building, to see if we could fix the breach.

He was in an art room, pretending to drive a car and making rings out of pipecleaners "to pay for treasure!" He seemed actually pretty content, with his buddy, making stuff. I made some inquiries. They showed me a dance move- a Travolta-esque point, where he had to cross his body with his arm. Joey started getting upset when he saw it. I tried to get him to show it to me, but the cross-the-midline move was not helping whatever was wrong. Then the young lady from the dance class (not the dance teacher, but a helper-teacher) said something about "popping" her knee- ie, to bend it out in a quick motion. The word bothered Joey, and honestly I think it confused him. But I did get him to make the move, and asked if we could now learn the next one- perhaps I could help break it down and teach him. The dance teacher was called.

She came in, and said the next thing to do was a plié. Now, if you have never had a dance class in your life like me, this is what that is. Actually, if you go to that page, note that what they wanted was technically a "demi-plié." Anyhow, after the young lady explained it to me, and the teacher fussed about how she had told Joey what it was yesterday, and how awkward it was for me to do, I can understand why Joey might not be happy about this. What happened to fun stage-dancing and learning a little routine to enjoy being on the stage? Joey squealed that he would fall over, and the teacher said they had done it with a bar yesterday, and he could do it with a chair. Only she used a lot more words than that. I couldn't get her to be quiet while I tried to delve the mystery and perhaps give this a try.

Ok, seriously? He's an eleven-year-old boy who has never had a lick of formal dance training in his life. So they sent him into a room full of girls, and then wanted him to dance with one, right away? But wait- it gets better. Because the class trooped in to do an art project for the stage set... almost a dozen young ladies, ranging from about eight to about fourteen, and all wearing adorable little dance leotards and stockings.

And they thought Joey would not feel something was amiss here?

Nobody mentioned to me that he should have special dance clothes. I am sure he was not expecting to walk into what, to him, looked like a ballerina school; and it is likely that those young ladies did find him amusing.

Naturally, Joey fled to the hall, and we had a chat. We talked about not having people laughing at you stop you from doing something you love. Then, we talked about being the only boy in the room, and that made him uncomfortable. Finally, we talked about art camp- perhaps he could do dance next year, and do art camp this year?

Because you know what? I wasn't going to force Joey to go back into a room full of giggling girls and try to learn to dance in front of them, when he was telling me he didn't like them watching him learn to dance. Especially when he was telling me so. As in, with words. He was pulling together the words to express what he had been telling us for almost two days. I am so, so proud of him for being able to do that, and work it out between us and find those words: I'm uncomfortable. They are laughing at me. I don't want girls watching me learn to dance.

The art class was working on Matisse collages- cutting out shapes and pasting them to paper. It was much more relaxed. We got Joey some orange paper (he's very into orange right now), scissors, and there was a box of markers. Cutting out the shapes directly made him anxious, so we let him draw some. I showed him how a random cut could look like something, like looking at clouds. Dan showed him that after you cut out a shape you've drawn, when you turn it over, its just a shape. We ended up with a masterwork: a bear with fruit, which Joey is calling "The Bare Necessities."

I can hardly wait for the art show on Friday.

Carefully crafted for your viewing pleasure by Joeymom at 10:31 PM 9 comments: