We're almost through the first week of school. Andy came home with a prize from the Prize Box. Joey's didn't (he's been barking when anxious [pretending to be Scud from Toy Story] and he barked in the library.) Week one hasn't been too bad. We had some bus issues that are resolving. Andy is enjoying riding his own bus. I ran into the special ed teacher that services the IEP kids in Andy's class, and she thinks he's doing great, following all the rules. that's a good sign. What I had to tell her is oh, by the way, he hasn't eaten his breakfast all week. We talked a lot about how Andy's breakfast is in the frog bag, but by the time he gets to school with all the excitement and distraction, he forgets. I think. I'd packed his favorite strawberry rolls in the bag and told him they are in there and everything, trying to get him to eat it. No go.

We're trying to find a rhythm, and get into the groove, as quick as we can, because the quicker the better.

I've had a shower every day this week since school started. Very weird.

I got to go see a friend this morning and have tea. Tomorrow we're going to write a cookbook together. Tomorrow afternoon, when my mom has an errand of her own, I'm going to call another friend I haven't talked to in a while because everything has been so insane. Its going to be a real event!

And look, I can see the floor in the hallway and the counter in the kitchen! I have had some kind of meal prepared for two of the three school nights! (Though I burned Tuesday's dinner- eep). It's amazing. Incredible.

I miss squishing my boys all day, though. When they hop of their buses, I just want to squeeze and smooch them. And all they want is something to eat and to go play outside. We compromise. They play, and stop in for smooch breaks.

Life is good.
Carefully crafted for your viewing pleasure by Joeymom at 7:03 PM 3 comments: 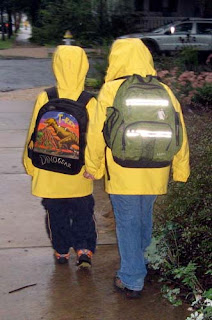 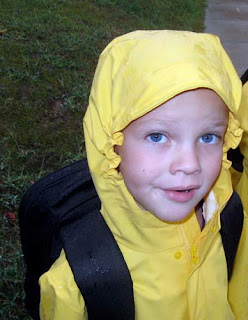 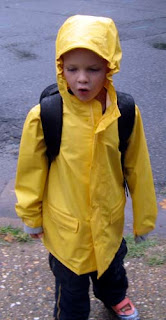 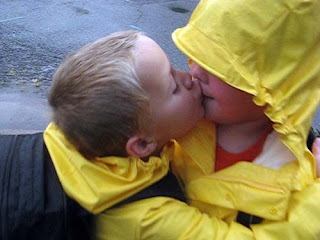 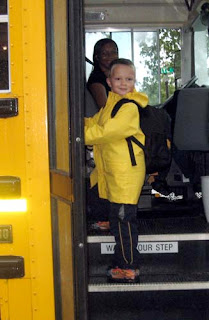 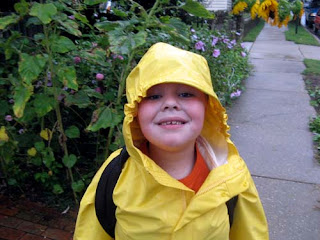 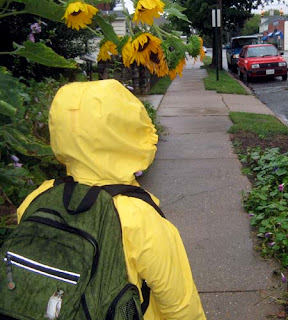 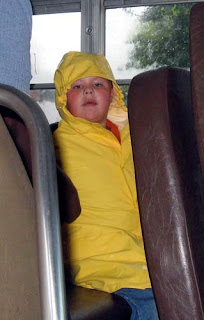 Carefully crafted for your viewing pleasure by Joeymom at 9:38 AM 2 comments:

Just as I often think of Joey as, well, Joey, and not as autistic or disabled, I often lose sight of the way people around me think. It comes as a bit of a shock that I think so differently from so many people around me- or more exactly, that so many other people think so alike, and I'm not one of them. Perhaps I insulate myself with others who also think differently, so "different" becomes the norm; and when I find myself out in the world, the general herd is a bit of a culture shock. Perhaps all those people think differently, too, but it just comes out a bit of a herd.

One night, some time ago now, I stumbled into a book club down the street for an evening, and stayed for the conversation. The book they were discussing, which I had not read because I just stumbled in on a totally different errand, had a scene where a man apparently was holding a child as a servant (or perhaps a slave; it was a little fuzzy to me, but definitely forced service) and the child got sick and had to be put into the hospital, and the man was bemoaning how horrible was was to himself, and why did these things always happen to him?

Appalled? Shocked? I was. I mean, seriously, there is a kid in a hospital sick, and you're complaining how horrible life is to you? Get a grip, idiot, right? But this little group went on and on about how honest this portrayal was, how we all felt like that, yadda, yadda, yadda. I thought I was appalled before. I beat a hasty retreat after that conversation. Do so many people really think only of themselves?

I don't think Wuthering Heights is a great love story. Ditto for Titanic. I have yet to see an episode of SpongeBob Squarepants that I thought was appropriate for children. Neither Seinfeld nor Friends did anything for me.

Standing at the bus stop, I find myself once again in the crowd. It is an odd feeling. Yesterday, they arrived with their children in neat little outfits, waiting for the bus in the rain. My kids had new shirts and stuff, but I had them in their raincoats. It was raining. Oh, all those parents had rain gear on; but not the kids. This morning they were chatting about nannies. I had nothing to add to that conversation. I must say they are very nice to Joey, trying to engage him and include him with the other kids. I just find I have very little to say, because I have such a different view of the world than these people are painting.

I sometimes wonder what it must be like to live in a world where the lives of famous people you don't know is so engaging, where what they consider a messy house I find cold, clean, even museum-like; where your shower is number one priority in your morning, not the sound of birds or hugging your children. I have a very hard tim even imagining how such a world works. Perhaps I have gotten used to the chaos. Perhaps to me, life is guided chaos, and we only go around once, so explore all the corners and back niches you can find!
Carefully crafted for your viewing pleasure by Joeymom at 9:09 AM No comments: