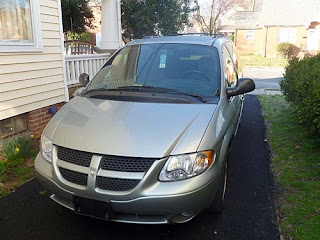 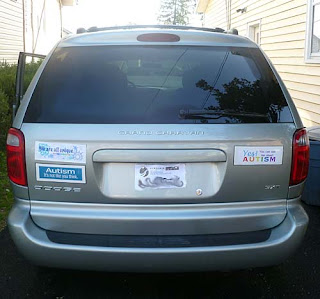 Our new Jade Lady. She seems in pretty good shape, so hopefully she'll last a while.
Carefully crafted for your viewing pleasure by Joeymom at 10:10 PM 2 comments:

In two weeks, our IEP team will meet to discuss a variety of testing the team has been doing to evaluate Joey. When we last met, it became glaringly obvious that completing such evaluations had been overlooked by the school. He hadn't been properly evaluated since he entered the system... six years ago. There is a big difference between a 2-year-old and an 8-year old.

One of the section that had been done was some intelligence and talent testing for the gifted program, because I insisted it be done. I was told he didn't qualify. Yes, he was excellent in math and above-average in reading, but his intelligence testing was only 58%.

How do you test a child with a communication disorder?

I know there are many "non-verbal" tests out there, but we need to consider how those tests are administered and what they are testing, especially in a child with communication disorders. Showing Joey a picture instead of words and then asking him questions is still testing his disability rather than his ability- because for Joey, it is expressive language and processing questions that causes a problem.

How do you test someone who has a problem answering questions?

For many of us, solutions may seem obvious, as many of my readers deal with their child's communication disorders every day, and we fight to get needed information from them. We know how to win those battles, at least some of the time. And many of us know the tricks: rephrase the questions, make the question into an instruction, try a different activity where the skill must be displayed, use visual cues or language to elicit response, give the child plenty of time to process and respond, pay attention to the responses as a whole. I could go on.

Did Joey's test administrator know these tricks? Did s/he use them? To what extent? How much processing time was permitted? At what disadvantage was he put, and still come out at 58%?

And what do with a twice-special child who has trouble communicating?
Carefully crafted for your viewing pleasure by Joeymom at 7:52 AM 10 comments: