The Logistics of Hope

It's been a bit of a tangled web of a week.

On Monday, Joey had a meltdown over a test. He bolted from the classroom, and was finally caught just before he hit the school parking lot. Yes, that means he left the building. He spent a lot of the day in the red zone, and even had an incident where he called a fellow bus rider an ugly name, which had to be addressed. It was not a positive day.

On Tuesday, he decided at some point in the afternoon that his parents were dead. With no defenses against the intense emotion that comes with such an idea, he naturally freaked out. They caught him on the far side of the parking lot. Thus was our welcome to Autism Awareness Month. He was so upset, I had to fetch him from school.

After two days of escaping, and knowing we were seeing our neuro on Thursday, we made the executive decision to just give everybody a break and keep him home Wednesday. Sounded reasonable. Clearly, we have a depression and anxiety issue, and needed it addressed. We also clearly had a safety issue, and it would give the school a couple of days to regroup and readdress that. Sounded like a good plan to us.

I got the call in the afternoon. Because he was responsive when they stopped him (across the parking lot!!!), so they decided it was a discipline issue, and were counting the day as OSS. Because it makes total sense to punish a kid for having a nervous breakdown, especially when you can't keep him safely in the building.

I think the light that shot from my hair follicles as I had my conniption fit could be seen in London. And that loud screaming that rang in your ears Wednesday afternoon? That was me.

That was the easy part of the week.

Our neuro, Dr. Rubenstein, is a very interesting gentleman who, I am convinced, thinks I am nuts. We managed to get moved up the appointment queue because of the incident a couple years ago, where Joey had a massive meltdown and was completely unresponsive (he was suspended that time, too). We were worried about seizures. Apparently, saying "I'm worried about seizures" moves you up the wait list. The doctor was very good at listening, but when I got the report back, I suspected from the wording that he thought I was nuts. After all, the incident I was describing, with a thrashing, violent, screaming child who destroyed a classroom, seemed little connected with the happy, chatty guy he was seeing in front of him. We were sent home with a renewed prescription for Lexapro and another appointment in six months, by which time I was to send him all of the evals we had ever had done.

I digitized them, because sending them printed out would have taken a large priority mail box. And to be honest, we have less paper than many, many special needs parents I know. I then sent the whole mess as a CD. When we arrived, I have to admit being impressed again: he had meticulously gone through every single report, pulling out ones he thought significant, and asked me about them. He was very happy that we had been "on top of things." Yet, there was that feeling of, "but I still think you're nuts" that I was getting from him. Oversensitive? Maybe. But... wait for it...

He decided Joey was in such good shape, we should work on helping him focus. We tried Adderall, but it didn't do anything but keep him up all night. We discontinued it, and decided to try something different after our next appointment. That was the failed experiment in Ritalin, and the resulting four suspensions and other school disasters. After a series of emergency calls, he came off the Ritalin, was suspended four times during the withdrawl, and we now know that we can't work on focus. We have to get the anxiety under control first. We got an emergency prescription for Buspar, and by Christmas, we seemed headed to even keel.

Then came the snow. They've missed two weeks of school. Joey is out of sorts. His depression and anxiety are through the roof. And now, spring is here, his regular freak-out time. Yay, us. So we got suspended for having a breakdown, and go to the neuro, and tell him our tale of woe. The cussing, the self-deprecation, the sudden anxiety attacks and death thoughts, the meltdowns, the school's reactions, the escapes. I encourage Joey to tell his side, and he starts in on kids calling him names, getting answers wrong the the tests... and the words we hear all the time start coming out of his mouth. It was just a little, a few "I'm stupid"s and "I'm retarded" and a couple of cusses, just mild ones, not the big ones. I got him calmed pretty fast. Then I turned to the doctor.

His face had changed. He was frowning. This is our fifth appointment, and he had been sometimes cold, but never frowned. He asked how long it took us to get to Kennedy Krieger. He asked until he understood where our home was, and it took us two hours to get there, through two heavy traffic zones. That we got up at 4am to get to 8am appointments, mostly so we could avoid the traffic and not miss the appointments.

Then he hit us with why he was asking.

He was really upset about Joey's condition and deterioration. He realized we really did need help. He could finally see it: I'm not nuts. I'm desperate, and my child needs help. Now.

Ever try to get a child who is both under 12 and autistic into a psychiatrist? We're on waiting lists. We've been on waiting lists. We're still waiting. The demand is extreme, and the supply dangerously low. Such is the state of our mental health system, getting appointments for under-12s is hard enough, but coupled with communication disabilities, near impossible. Behavioral therapy? No insurance covers that- IF you can find one. They consider it educational. The school's behavioral specialists? Joey was great when she was his teacher. That was four years ago. We're still trying to recoup skills he had when she was his teacher.

Kennedy Krieger has these things, and can do intensive outpatient intervention(he feels Joey is not having the very severe violent behaviors that most of their inpatient participants have, and is concerned that Joey might copy violent behaviors, so that's out)- neurology, behavior therapies, psychiatric help, nutritional help- but it would be 4-5 days a week, for 8-10 weeks, and we're two hours away. He was frowning. He was upset that no one was helping us. He was concerned that we couldn't get to Kennedy Krieger for intensive intervention. He didn't understand.

Dr. Rubenstein is spending the next few days hammering out what the program will entail and what specialists he can bring in to help. I spent today looking into Medicaid and SSI, talking to Joey's private speech therapist, and trying to track down costs of rooms and sublets in the Baltimore area. Mom worked on hotel rooms and other possibilities.

Help may be in our grasp. I'm not letting go.


Carefully crafted for your viewing pleasure by Joeymom at 11:09 PM 2 comments:


Honoring the memories of those lost, and sending hugs and prayers to their families.
Our families.

Joey has completely escaped his school twice in the last two days. We don't know why he is having an anxious week, but this is our reality.

Please join us in the vigil to support these families. Please pay it forward. 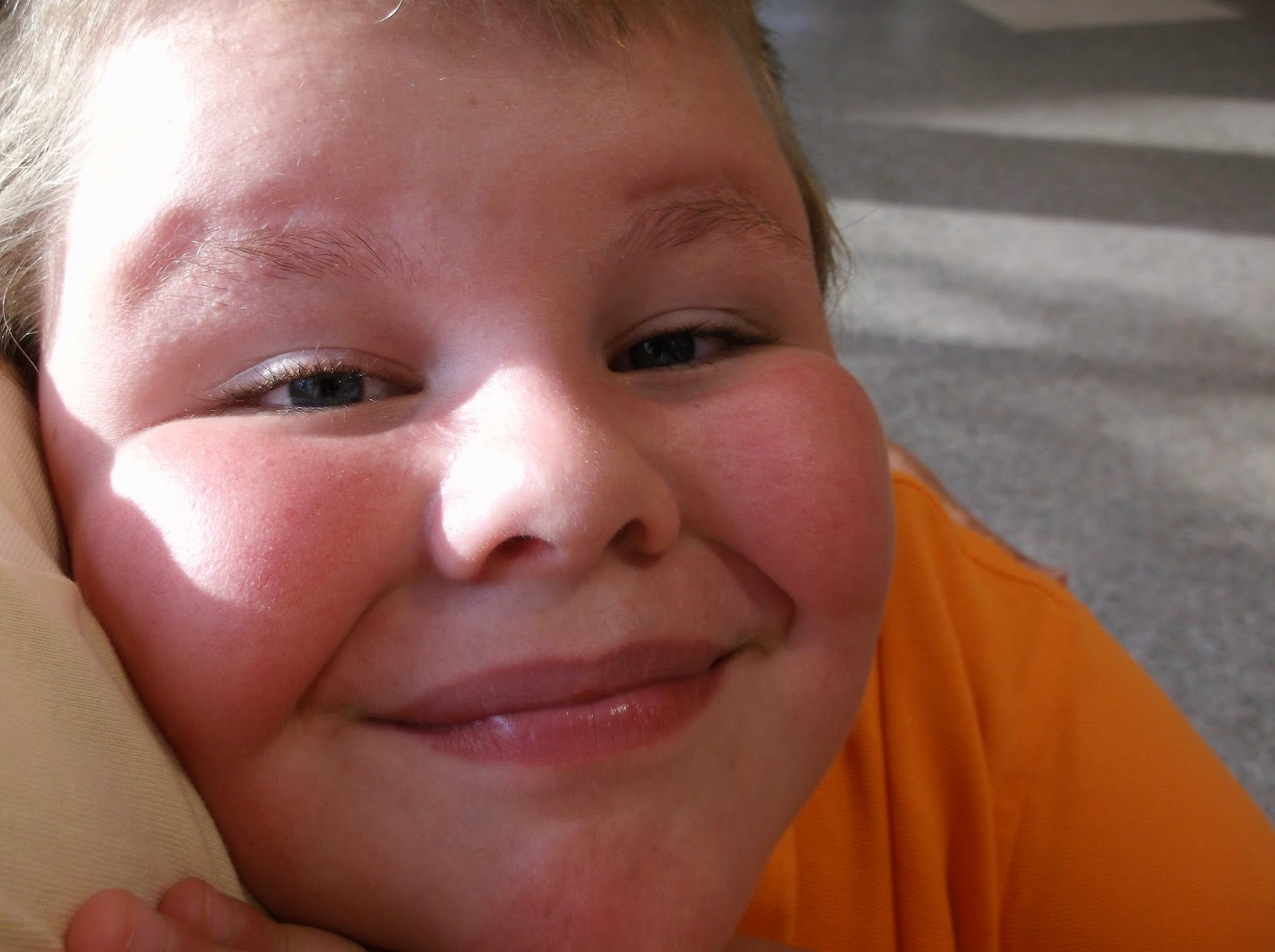 After all, it could so easily be us.
Carefully crafted for your viewing pleasure by Joeymom at 5:37 PM No comments: