On Fridays, instead of spending the day cleaning my house and napping, I've been packing my favorite books into a bag- or my new awesome large-sized books (thank you homeschooling mom somewhere in my area who is selling off your stuff for younger kids so I can buy it up and use it)- and heading over to the schools. In the morning, I read and teach sign language to two of the special needs kindergardens and the classroom that has the autism resource kids and the tier 3 self-contained kids in it (it covers all three grades). And we all have an awesome time. Then i grab some lunch, and head over to Joey's classroom* to teach sign language.

In Joey's room, when I am teaching, I have Joey as my awesome Sign Helper. He knows most of the signs, even if he doesn't do a lot of signing, and he loves being the "teacher." He also loves looking up signs on my phone when someone asks for a sign I don't know. And looking up signs he fancies. He's getting good at looking stuff up.

Today, we did "outside signs" because most of the afternoon group are boys between 9 and 11, and I could show them signs for sports. I've shown them before, but memory is not the forte of most of these kids, for various reasons. So we did football, soccer, baseball, basketball. Then we needed hockey. I don't know hockey, and it wasn't in my faithful app. So I showed Joey how to use the Safari app on my phone, and we googled it, came up with it, and went on.

Next thing I know, he's uploading videos of the classroom to You Tube! How does he DO that? (How did he get my password???)

"Homework!" Joey calls out gleefully. "Home... work!" (he does the signs) "Homework!" And dutifully (and happily), his classmates learn the sign. Now that is love of signing.

*I asked Andy if he would like me to come his classroom, and I got a horrified "No!"
Carefully crafted for your viewing pleasure by Joeymom at 11:55 PM No comments: 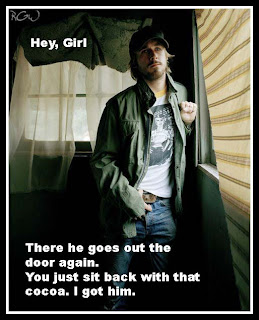 Carefully crafted for your viewing pleasure by Joeymom at 11:29 PM 5 comments:

The Boys: They Are Squishy. 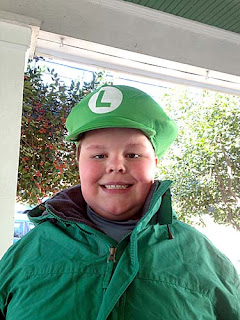 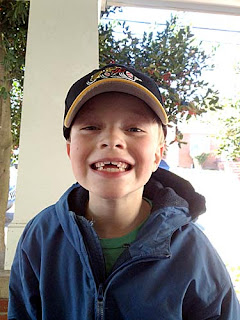 Carefully crafted for your viewing pleasure by Joeymom at 10:23 AM No comments:

Spring is here... Time for IEPs!

Yes, my hyacinths are blooming, I have daffodils opening, the rose bush buds are leafing out (shoot- I didn't get the pruning done!), it must be time to be thinking about IEPs- that map to Joey's future, based upon his present. All those thoughts, and goals, and concerns, and everything that have been mulling about must come together to think of the next step. SO what is Joey's present? What does my crystal ball say about his future?

As I once told Joey's teachers, in some ways, Joey is 15. He is SO ready for algebra. We need to get him moving into the abstract, so he can understand what the numbers are doing on the paper- but he is not so happy with long division, he can already cut through it to see the answer. He want to test Mom and Dad in his boundaries of being an individual, exploring scripts that include words he has found contain the power of immediate attention (you know, the ones not appropriate for school. Or family-friendly blogs.) He definitely likes having his "girlfriends" and really misses the friend that moved away, his "wife."

In some ways, Joey is still 5. He wants his cuddles. He makes friends with everyone. Adults are authority, no matter how they treat him, and he is happy to share hugs even with ones he doesn't particularly like. He wants his own way, and though he has learned to take turns and wait some, he's not always good at it. He still struggles with social interactions, such as maintaining conversations or keeping up with dynamic pretend play.

And in some ways, this is on par with being almost ten years old- an age where the little kid fades and the young adult begins, but isn't here yet. Not that I am that familiar with typical ten-year-olds, mind you. But in thinking what I have seen and read about them, I know that Joey definitely isn't one.

As far as I can tell, typical ten-year-old boys can handle things that Joey definitely cannot. They can build treeforts, ride two-wheeler bikes unsupervised through a neighborhood, can care for their own possessions, and often take on chores of the house like filling a dishwasher and taking out the trash with fair independence. Ten-year-olds around here seem to be able to play in the front of their homes without much supervision, even go to visit neighbors on their own. Perhaps the story of the ten-year-old on the New York subway is a bit extreme, but my mom remembers riding the bus in Baltimore when she was five- by herself. Ten-year-olds are able to think of things to do for themselves in their free time, even without a TV or a computer.

Joey cannot do these things. I wouldn't dream of letting him out of my locked gates without my eyes upon him. Every chore has to be supervised, structured, clearly delineated. Joey, build his own treefort? Leaving the coordination that such a feat would require aside, could he figure out a book about how to build one, and follow through? Watching Joey trying to hold a conversation is also something that, in the IEP season, strikes at my very core. Other kids talk and play so easily. There is a clear back-and-forth, a rhythm of communication even as ideas change, a coming to consensus and moving through the play, that Joey cannot do. He's getting better. But he's not like the other 10-year-olds, and boy do they know it. The constant unpredictability quickly overwhelms Joey, he can't keep up with the constant shift and change. He can't follow the way the other boys communicate by glancing at each other. He know they are communicating; but he can't decipher the code.

What does this mean for Joey's present? What does it mean for his future? As we take one step nearer to the dreaded Middle School Years, what can be done to mitigate the challenges that Joey faces in his uphill climb to being an independent adult?

In many kids' shows, there is an episode about Secret Clubs. Kids, especially as they get towards Middle School, are into segregating themselves into little groups, or cliques, of other kids that make them feel- well, a part of an exclusive little group. For some kids, this is not a good thing; for others, it is a way to connect with other kids going through life with similar ideas and goals, and to be more comfortable as they grow. There are secret handshakes, secret codes, secret meetings, secret games. In all of these shows, the point is that these clubs often make others feel left out, and that being inclusive is more fun. ITs a lovely little lesson on thinking of others, the merits of diversity and inclusion, and just plain differences between being nice and being mean.

For Joey, the whole of society seems like a secret club, and he is the one not invited. He doesn't have the secret handshake, the secret code, and isn't invited to the secret meetings. And with adult life, it gets to be a huge problem when those secret handshakes lead to the secret games called "employment." And yes, I worry that he may never really learn to deal with the dynamics of learning the secret social code, even if we can show him what the code means. It is like someone who speaks a foreign language- a native speaker can almost always tell the difference. There are idioms that a foreigner just never really picks up on, uses, or understands. After all, Joey will always be Joey. The question is, will the secret club let him in? How lovely would it be if we all kept those kids' shows at heart, and remember to be kind and nice, and not mean?

But such is not the way of the world, and more's the pity. In fact, most of society defends its secret club vigorously, and has no problem declaring it openly that my son may never be included, should never be included, and is a waste of time, breath, and money to try to fight for his inclusion. Others are more subtle, going through the motions but often denying support, or expecting the motions to be enough without the intention and understanding. There are also those who say they are inclusive, but their actions prove otherwise- and unfortunately, those people are all too often in positions of power and authority, including in school systems. They often are very vocal about being inclusive in public, while doing and saying things in meetings and behind closed doors that clearly speak otherwise. And sometimes, you have to plan IEPs with these people. It isn't pretty.

Spring is here, and it is time to think what goals would be reasonable for Joey in trying to get him to the next step. At this point, I am thinking in terms of making Middle School as easy as possible for him; but I must not forget the greater goal of adult independence and self-advocacy, goals that most parents assume as granted. Sometimes I wonder how wise that is- but perhaps that is the subject of a another blog post.
Carefully crafted for your viewing pleasure by Joeymom at 8:38 AM No comments: