On The Second Day of April... WE ARE HERE!

Today is Autism Acceptance Day. It is mostly a day for autistic people to celebrate their existence, since so many people seem bent on wiping them out and making them feel like burdens on society. This is much like many other identity holidays- the vast majority of folks want to make them shut up, go away, and (terrifyingly many) die. 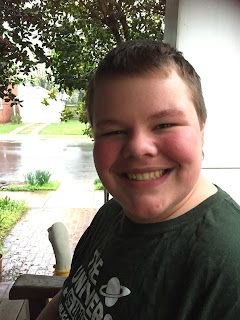 That's right. There are people who think Joey should not exist. And since he does exist, he is a waste of resources and oxygen, and that he should die.

If that doesn't make you see red, and want to fix this huge ignorance problem, I cannot imagine what you would care about at all. Or maybe you're one of those people who want him to go away, whether you admit it or not. Joey is a human being. Like you. How would you feel if someone told you to shut up, go away, and die? Likely, you would do everything in your power to fight that person.

Imagine doing that everyday. Everywhere. All the time. If you are minority in this country, you probably know what I am talking about.

We have a saying around here: never read the comments. Whenever autism pops up on mainstream media, reading the comments is asking for high blood pressure and Raging Momma Bear Syndrome. People who write that the child misbehaved, so they deserved to be handcuffed, manhandled, arrested, beaten, tossed into closets, put into straight jackets. People who scream that school budgets take resources from "regular" kids and my kid should just go home. People who think supporting my kid to be educated is a waste of taxpayer money. You know, my money- I pay taxes, people.

It gets worse as they get older. People seem to understand more about being outraged when a 5-year-old is arrested. Not so much when that child is 13, and still having meltdowns. Because they are- surprise!- autistic.

I will never understand people who tell me and families like mine that we shouldn't take our kids out in public, because our kids make them uncomfortable. People who call us selfish because we want to eat in a restaurant or shop in a Walmart or play in a park. People who accuse us of poor parenting, laziness, or Welfare Queens because our kids have a disability (which is laughable, since we don't get any public assistance benefits, other than the special education the law says is the right of my child- you know, to have access to education like everybody else. They keep fussing at us to get Medicaid, though, because a lot of service providers don't take private insurance, only Medicaid... what?)

My son can read, too. He can read those horrible things people say. He hears the obnoxious things people say. He sees what they do- the exclusion, the bullying, the neglect. That if he doesn't meet the expectations of people who have no clue what his life is like, he is worthless and should disappear and stop existing. He hears you. 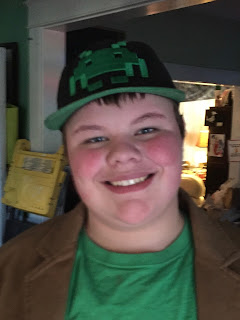 Let's help him out, so people will stop trying to boil the flower in oil. Get a pan. Get a horn. Make some noise. Let everyone know, WE ARE HERE!


Carefully crafted for your viewing pleasure by Joeymom at 11:58 AM No comments:

On the First Day of April, My True Love Gave to Me... 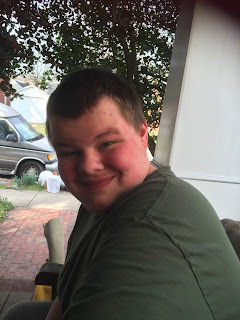 This is my Joey. Joey is autistic.

He likes Mario Brothers, Star Wars, and cats. He loves music, art, and math. If you honk a car horn, he will giggle uncontrollably. He likes a young lady in his school, and wants to take her to the movies. He loves to cook, especially if it involves chocolate. His favorite sport is baseball, his favorite character is Buzz Lightyear, and his favorite color is green.

He wants to make the world a better place.

We love you, Buddy.


Do you know who I am?
Do I know who you are?
See we one another clearly?
Do we know who we are?
(Harry Belafonte, Turn the World Around)

Carefully crafted for your viewing pleasure by Joeymom at 12:25 AM No comments: