Joey had Star Door Stars camp this past week- and it is all sorts of awesome. Joey loves being a ham, up on stage, making everybody laugh and clap. I may have a stand-up comedian in the making. 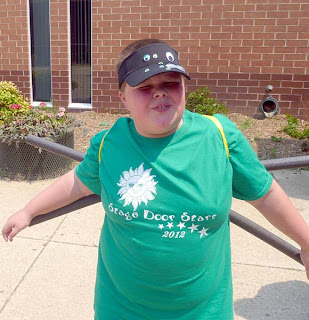 This year's play was the Colors of Life, all about colors. It appears to have been partly written by the campers, which made it extra-awesome. Joey recited the lines about grey and the lines about blue, as well as singing and dancing to a few songs. 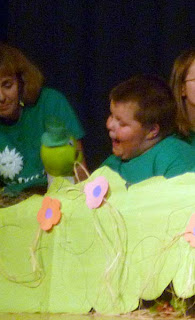 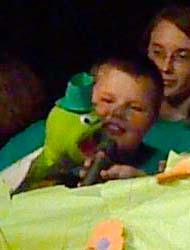 The kids all made puppets. Joey's puppet is named Luigi, his favorite color is green, and he likes to say, "Mama Mia!" Joey was really proud of his puppet, and singing with his puppet on stage. 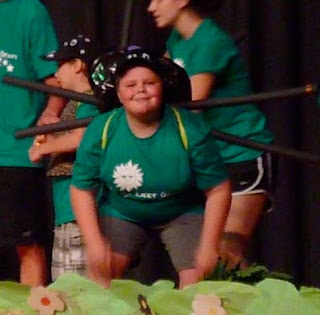 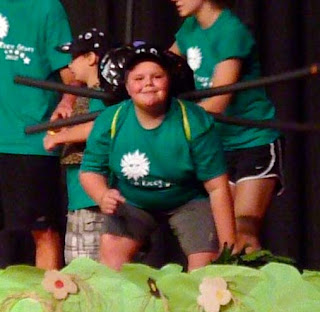 He was the Itsy Bitsy Spider, with great little dance! 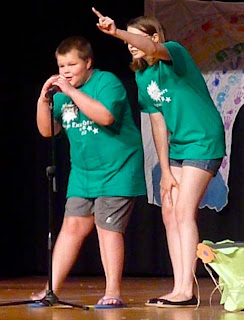 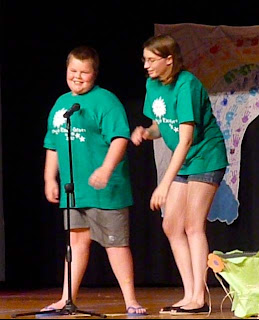 Joey tells us all about the color blue. 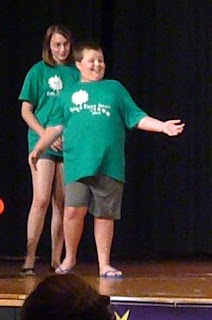 Taking applause, and a bow.

It is always amazing to see what these folks can get kids to do in a week- reading lines, dancing, singing, participating. The kids make their costumes, they make the sets and props, everything. They even had one kid tap-dancing! 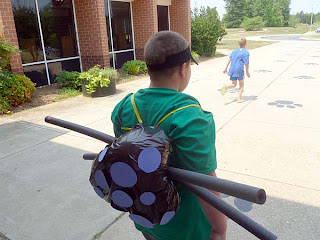 Joey really loves Stage Door Stars, and we are so grateful for the folks who run it and the folks who volunteer. Every child has at least one "coach", they have a speech therapist and an occupational therapist, they have the theater folks- a director and a choreographer, they have an art instructor. Lots of awesome people being positive and encouraging, and doing fabulous things!

We only wish they ran the program more- twice a year? four times a year? It would be SO awesome.
Carefully crafted for your viewing pleasure by Joeymom at 8:26 PM 1 comment: