Another new design for the Bazaar- also with white lettering if you want the dark shirts and stuff. 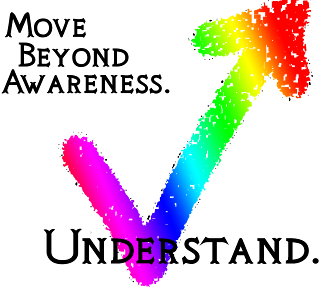 Carefully crafted for your viewing pleasure by Joeymom at 11:18 PM No comments: 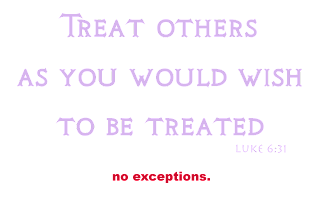 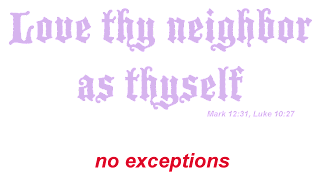 Carefully crafted for your viewing pleasure by Joeymom at 4:04 PM No comments:

Then the Day Comes When...

I was upstairs for a few minutes; I had been playing with Andy, looking at "silly kitties" on the computer, part of a lazy Sunday. We don't have many of those, so it was just nice. Andy bounced downstairs, I checked into my online life and went into the bathroom to start dressing.

Andy popped back up. "Where's Joey?" he asked. I don't know, did you check his room? Is he in the bathroom? I replied something to that affect.

"Joey!" Andy called, as I finished up business. "He's gone!"

Still unperturbed, I headed out to peek into his room myself. Andy had gone back downstairs, and started wailing, "Joey's gone! Joey's gone!"

The front door had the key in the lock, and was open. He hadn't slammed it behind him, we would have heard that. He was just gone, his game still playing its music.

He was just gone.

JoeyAndyDad lept into the Jeep and started tracing the path to the pool- the path of greatest danger, as it had water on the other end. Andy and I called for a moment outside. How long had he been gone?

"Andy, when did you see Joey last?"
"Downstairs on his game."
"When, Andy? When?"
"He was downstairs!" Andy was getting scared. He knew this was not good.
"Was he there when you came upstairs to watch kitties?"
"Yes." OK, so we were talking in the 5-10 minute range. It was still too long. We hopped into the van and made the block, the second favorite path of frustration. He was no where to be seen.
"Maybe he went to D's," Andy suggested, a great idea, only two blocks over. We drove over and knocked at the door, but no luck, he wasn't there. I called for reinforcements in the form of Mr. Wesley,  then the police. Time was of the essence.

There is something surreal in giving a description of your child to a police dispatcher. How tall is he? Weight? What is he wearing? Autistic- how will he react to police officers? Will he yell? Will he run? Is he violent when stressed? Does he have an item he would find comforting?

I managed to get a bra on while I was talking, I have no clue how I managed it. I ran back down the stairs with instruction to call again if he was found. After giving Andy the job of searching the house again, more to give him something to do than with any hope, I stood outside on the sidewalk, caught because I had Andy and couldn't search, couldn't leave him. I called my mom, she could come watch Andy while we searched. The path to the park was being ridden now by JoeyAndyDad. Wesley was canvassing the downtown grid, as he could have gone anywhere at this point. Twenty minutes. He had been gone twenty minutes!

And then, as I was telling my mother he was missing, the nightmare ended. I could see him, at the end of the street, he was walking towards me. Where had he appeared from?

"I see him! I see him!" I told my mom, and ended the call, walking towards him; but Andy! A neighbor was outside. I asked him to make sure Andy didn't leave the house, I'm not even sure he understood me. I stopped; Joey had sat down. Was he hot? Did he see me coming and melt completely? Would approaching him make him run, or encourage him to come home? He started walking again, I met him, asked him where he had been.

"I got lost, so I came home," he explained as if nothing unusual had happened. He babbled about his game.

"Good job," I said, emphasizing the positive, "Good job coming home, buddy, that's what we need you to do if you get lost."

The police officer was waiting for us, and as I stopped to thank the neighbor and call JoeyAndyDad and Mr. Wesley, the officer chatted with Joey, praising him for coming straight home, too. He had JoeyAndyDad take Joey into the house. He was safe. He was home.


We got the name for Project Lifesaver in Fredericksburg. "You may not remember me," I heard him say, "but I was the officer who came a few years back, when Joey had to go to the hospital." When Joey turned blue. Yes, I remembered the face. He told me the department was aware of him- I had taken him over to the station and explained Joey a little to the officer who was there. He asked again about comfort objects, about the stick Joey was carrying. Now they knew he was a bolter, it was definitely time for a tracking anklet. "We can find him in seconds," he explained, giving me the card. "She comes on at nine. Just give her a ring."

Because now, we know what the trigger was, and he's still young. We know his paths. But here comes adolescence- and we may not know what is going on, and why he goes off. He may not know himself. We are going to work on setting some of his frustration paths a little more, but ultimately, he's going to go his own way. And while he remains vulnerable, we need to be able to find him- fast. Even when he doesn't yet know he is lost.
Carefully crafted for your viewing pleasure by Joeymom at 3:51 PM 5 comments: