How many Heart Attacks Can You Have in an Hour? 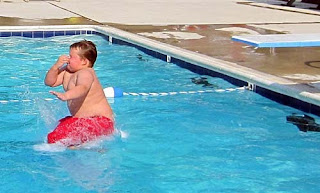 Answer: How many times can your baby jump off a diving board for the first time without floaties?

Joey has been padding out to the end of the board most times we've been to the pool, but then backing off. Today, he was jumping into the deep end from the poolside, giving me plenty of skipped heartbeats thankyouverymuch. Then I told him, "honey, just push back up when you reach the bottom!"

Ah hah! Mom had given him the secret! He was on that diving board so fast my head spun and my heart flipped a full somersault. On it, off it, into the water... and back to the surface, like he had been doing it all his life, and giggling like a madman. Wow. 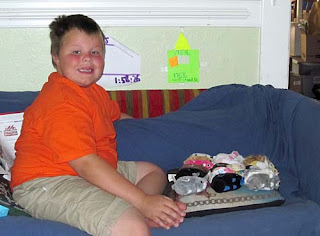 In other news, we have been thoroughly invaded by Zhu Zhu Pets. In fact, I think they are planning a mutiny to take over the house and install Pinkie as Queen of the Universe. I'll keep you posted.

Check out the front garden if you have a minute. The back is being cleaned up and I'll have pictures of it when the work is done. Don't panic when you see it, stuff will grow back, and pruning was much needed.
Carefully crafted for your viewing pleasure by Joeymom at 8:22 PM 3 comments:

A Weekend of Fun 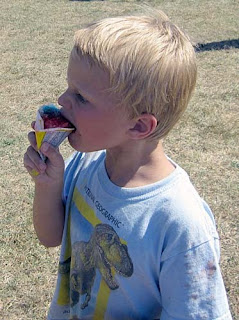 Ah, the Fourth of July Spectacular! We had a lovely time going to fairs and setting off fireworks and relaxing by the pool! 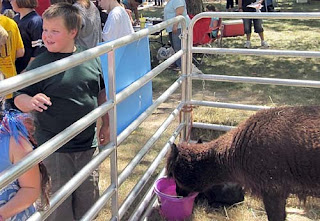 We got to pet animals at the Spotsy Stars and Stripes Spectacular, including cool alpacas! 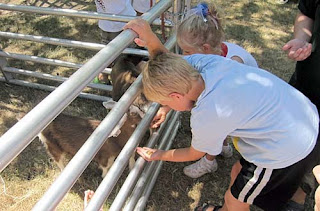 We got to feed goats, too, though they weren't very hungry. The best part was that the petting zoo was in the shade- woo-hoo! 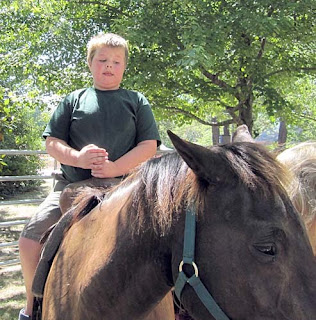 Joey got to ride a horse! He liked being on it, but getting on and off was a challenge. Horses are big! The boys toured an ambulance, and Joey got to tell the rescue squad folks that he took a ride on one when he was four because he was broken. 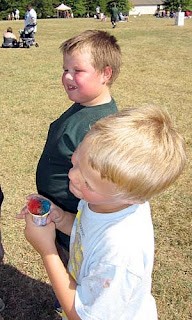 Most of the afternoon involved waiting in very long lines with no shade. Look in the background, see that tent? That's a mister. I would send them over there to cool off while I held their place. 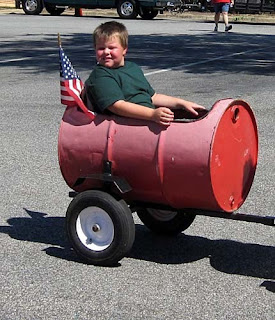 They got to have some fun all the same. Joey likes barrel rides! 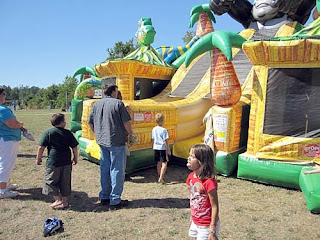 And they had lots of big bouncers again, though we didn't get to get in most of them- long lines in the sun=tired boys. 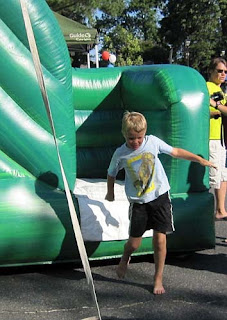 Andy does love bouncing, though. 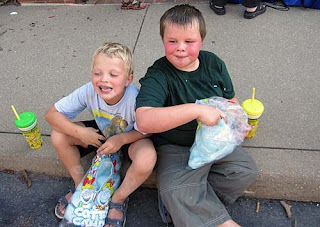 After being hot and tired, we decided to sit in the shade with lemonade and cotton candy. 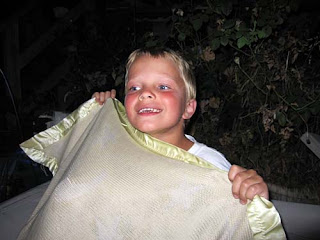 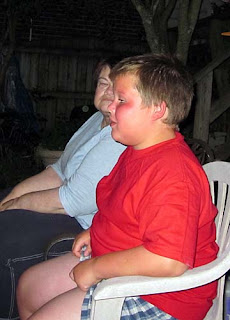 We picked out fireworks without whistles, because the boys hate the noise. So we had a great show! 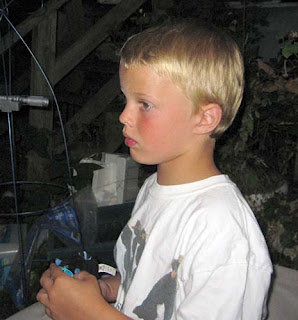 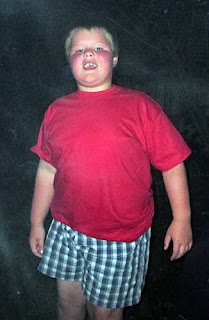 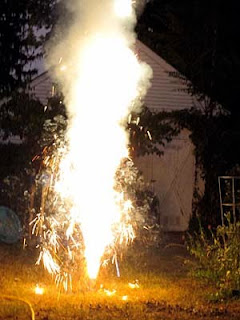 Carefully crafted for your viewing pleasure by Joeymom at 3:37 PM No comments: