We are arriving at the last week of school. We survived another year. Kinda.

Joey's school has a big after-school party the Friday before school ends. Joey was really excited about it, and insisted he wanted to go. Ever been to a school party? Well, for ours, there's a basic set-up. They have a moonbounce outside, in the central courtyard. This may sound like a good idea, until you realize there is one moonbounce for an entire school of about 1000 kids. And their siblings. Right. They also set up a bunch of chalk in that courtyard, so that kids can write or draw on the pavements, which is as good an idea as the single moonbounce for 1000 kids is bad. Inside, they have three different crafts set up for kids to do, a dance floor with lots of very loud music and flashy lights, and a table with drinks and snacks (parents are asked to bring a box of drinks or a box of snacks as the "entrance fee" to the party, and that works really well). This year, we also had a cakewalk (well, a cupcake walk) in a side room. All in all, as school parties go, Joey's school does a really decent job of putting one on.

Unless, of course, you are autistic and sound-sensitive and heat-sensitive. Then it could be a little tricky.

I, like an idiot, bowed to my child's repeated requests to attend this event, and took he and his brother to the party. I wasn't a complete idiot, though. I fed them before we went. I did my best to have them all regulated and ready to go. Really.

It started out not too bad. The only places to sit were the lunch tables, which have those itty bitty round seats, and I am too fat to fit (sorry, folks, that is the truth. There was only one free chair available, and since I fell and killed a knee, I started to sit in it- until someone started yelling from across the room, "That's mine! That's mine!" It was a lady who was older and rounder than me, I guessed someone's grandmother come to watch the fun, and ceded the seat (after all, if it was my mom, I'd want her to have a chair, too).

That's right. I went to this highly potentially explosive event, by myself, with two sound-sensitive boys and a bad knee. You know this isn't going to turn out well, right? What was I thinking?

Well, it seemed to be going swimmingly. The boys were dancing, having a lot of fun, and I don't think I've smiled so wide in weeks. I would have danced with them, except for my knee. Then Dance Contest time arrived. The DJs played a "practice" line dancing song, then they went with another one for the contest. All seemed to be going great, the boys were having fun and dancing...

Life has a funny way of turning on a dime for us. They were picking winners (which, to be honest, is mostly done at random) and Andy was asking me if he could go outside and get in the moonbounce line. There were plenty of adults we knew out there, I was standing where I could see that line, so I agreed, and he bounced happily off. I turned back to the dancing children.

I glanced out at the moonbounce and courtyard, but he wasn't there. I peeked into the cakewalk room, as he loves the music teacher and loves cupcakes. No Joey. I checked the dance floor again. No Joey. I started moving though the cafe-gym, scanning for him. No Joey.

Now, at our school, we have three top people to talk to. We have a principal, a vice-principal, and a person who is called the "principal's assistant" who is kind of a second vice-principal. This assistant person was welcoming families at the door and handing out glowsticks. He is also very familiar with my son. I saw him gesticulating at me, and my heart went to water. Those motions could only mean that Joey had gone out that door.

I believe the man said something like, "I thought he was going to the car" as I whipped by him, but when I looked, Joey wasn't at the car. Nor was he in the parking lot. Another moment, and I broke into a run- he was beyond the close lot, on the sidewalk toward the farther lot and the road that leads out to the major state highway, and he was moving at his pretty steady bolt-trot. The one no one thinks is fast until you realize he's gone.

When the doctor said, "stay off your knee," I don't think he meant "do a hard run for a quarter mile to catch your son."

Folks, I was fortunate. God was looking out for me. Angels exist. And this time, they materialized into the shape of our friends, Joey's best bud D and his mom. They had arrived and had to park in that far lot, and were walking towards the school. They turned the corner of the walk just as Joey arrived to that point. Even at a hard run, I was not even close to catching him; but D's mom knew to stop him, and managed the feat (which is not an easy one when Joey is in full bolt).

The trigger? He didn't win the dance contest. In a single second, we had gone from brilliantly happy to devastated bolting. I had taken my eyes off him just long enough for my other child to ask me a question. It happens that fast. If D and his mom had not appeared, I could easily have lost him; he would certainly have made it to the road, and probably the highway, before I could have caught him.

It happens that fast.

So I hope you'll forgive me if I start blogging about knee recovery, followed by serious weightloss and then running training. Someone's got to be able to catch this child before we have a serious catastrophe.
Carefully crafted for your viewing pleasure by Joeymom at 11:00 PM 4 comments: 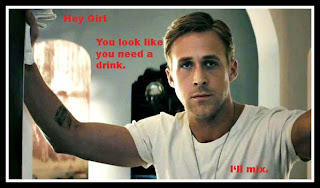 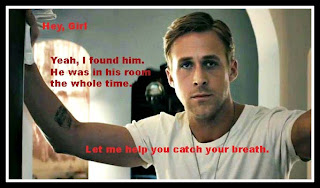 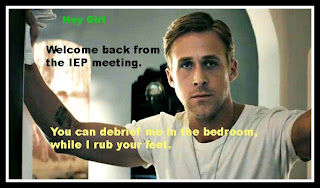 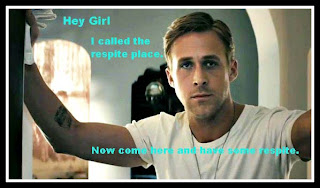 Carefully crafted for your viewing pleasure by Joeymom at 6:14 PM 1 comment:

Oopsie! We lost your kid again!

You know, it is bad enough to entitle something "Oopsie, we lost your kid!" It is one of those titles that makes parents- ANY parents- cringe in fear and anger. Adding the "again"? Holy frijoles.

Joey has been having a resurgence of fight-flight behavior. In other words, he's been doing a runner. His favorite moment is PE. After all, movement takes extra energy, especially when you have vestibular issues, propioceptive issues, and problems with bilateral coordination and crossing midline.

Part of the problem is, of course, that most folks don't recognize that he has this issues. He just looks like a clumsy, chubby little guy who isn't very good at games. Consequently, they don't expect him to move very fast. They also just let him flounder in a game.

Part of the problem is Joey wants to do well at everything he does. Since his disability is being dismissed, he isn't getting appropriate support to be successful in PE. This becomes a horrifying spiral. Note the "chubby."

Part of the problem is the games they are choosing to play. I never liked dodgeball. Can you imagine Joey being smacked in the head or back by a ball? How is he going to react? How is he going to feel? Not to mention the swirl of children such a game involves, so that Joey i already overwhelmed with crowd, noise, motion all around him.

Naturally, he gets frustrated, upset, confused, and... runs for it.

By now, I would think everyone was aware that PE is a Danger Zone. We have had an aide hired to help with such moments, and this is the prime moment when Joey may need support.

Unfortunately, our aide is having some difficulties grasping how to speak Joey, how to read his cues and signs and understand how he communicates. Consequently, he escapes.

Then, remember that "they don't expect him to move very fast"? That may be true if he's trying to play a game. When bolting? He's like lightning- unpredictable and gone in a flash.

This time, he got halfway across the parking lot. That means halfway to a major state road. He didn't get farther because of quick thinking by two of his teachers, who were more accustomed to him. Both are now pretty rattled by the experience, but they did what they needed to do to calm him enough to stop him from getting to the road.

Joey has resumed bolting at school in the last few weeks, corresponding to the arrival of the new aide. Yes, we have had meeting and meetings and meetings. Now we are considering options.

Not. Happy.
Carefully crafted for your viewing pleasure by Joeymom at 7:31 AM 3 comments:

Ok, so I have this really weird email in front of me- well, two, actually from Andy's teacher. Andy now has an IEP, categorized as "specific learning disability" and identified as having dysgraphia. We have also learned he has a visual impairment, insufficient convergence. He also is diagnosed with ADHD, but we were denied service solely because of his ADHD because he "tested in normal range."

It was my understanding that once you have an IEP, the child's needs are to be considered and met. Period. Not "just those needs pertaining to dysgraphia, because that's why he has an IEP." You don't get a separate 504 plan when you have an IEP.

Anybody else having this issue? Is it just me?
Carefully crafted for your viewing pleasure by Joeymom at 10:21 PM 1 comment: