I'm having one, the slow way- via email and facebook and twitter and stuff. And its the old one: would I rather my kid have autism or measles? And you know what? Its a completely stupid argument. Measles kills kids. No, not often, but often enough. It can lead to severe mental retardation/intellectual disability, and so can autism. But measles is preventable. So far, I'm not convinced that autism is, or at least we don't know how to prevent it. i can prevent measles with 99% accuracy.

My good friend from down the street is in Richmond today. In fact, she's been there all week. On the first day of school, we went out for chai, and it was a good thing- as I was dropping her off at her house, the school called to have her pick up one of her boys. By that evening, they were once again in fear of losing him- after ten seizures. And as far as they can tell, the only reason was he got a little fever.

His brothers are also severely disabled, and have autism on top of the other issues of severe hydrocephalus they all share. This lady takes care of them, makes sure they get their food, they keep clean, they get time to play and move around and practice their walking and their swallowing. She is part of teaching them to feed themselves and communicate with modified signs. They laugh, they cry, they squeal, and the little guy even says hi.

And I come back to stupid arguments. Would she rather they be as they are, or possibly dead? And I can tell you what I would pick. I love those boys, as they are. She faces the possibility of losing one- any one of the three- at every moment. She works hard to keep them not only alive, but happy, growing, and learning. She is not interested in them suffering through measles on top of everything else, or risking death from it. Or seizures.

Stimey had a friend lose a son recently. I don't know what happened. But it wrenches me to even think about the possibilities of pain that Stimey's friend must be going through. It is unimaginable. May I never, never, never know what that feels like.

Which would I prefer, autistic or risk of dead? I'll take autistic.

Eleanor: There is everything in life, but hope.
Henry: We're both alive. And for all I know, that's what hope is.
-James Goldman, The Lion In Winter

Carefully crafted for your viewing pleasure by Joeymom at 10:01 PM 2 comments:

I came down the stairs today to find the fish had died.

I admit he was old. And he hasn't been looking too good the last couple of days. He wasn't an exciting fish, but there is something odd about looking at the counter and not seeing him. Seeing his tank cleared out, not hearing the steady bubble of his pump... its very disheartening. He was a pretty little rosy red minnow. The oldest I had ever heard of.

I buried him with his frozen fellow-tank-fatalities in the back garden.

I think that will be it for the fish. when you live in water, you're a little too delicate for me. I prefer small and furry. Maybe a mouse. But not right now.

Right now, I think I will look sadly at the empty little tank, and remember a quiet little friend.
Carefully crafted for your viewing pleasure by Joeymom at 6:36 PM 1 comment:

Things That Make Me Happy Today

In no particular order.

1. Joey came home grinning from ear to ear and telling me what a good day he had. Smiling and speaking right off the bus? Right on!

3. New furniture, complete with plans to have a sewing chair.

6. Warm kitty snuggled in the chair with me.

9. Chai with my favorite redhead.

Hope you are having a fun, lovely, happy day!
Carefully crafted for your viewing pleasure by Joeymom at 6:44 PM 2 comments: 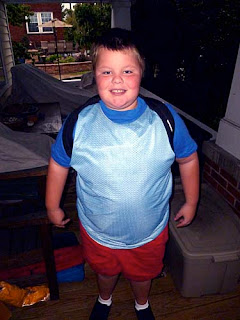 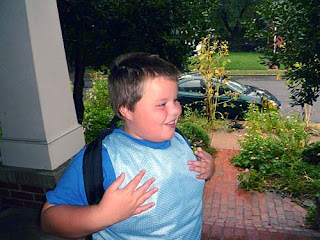 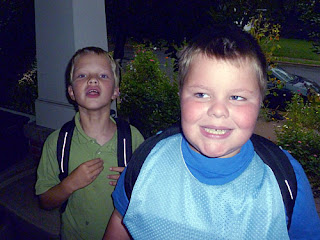 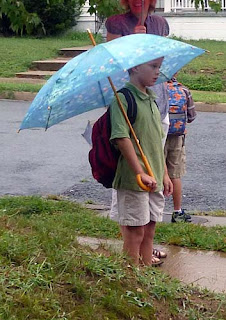 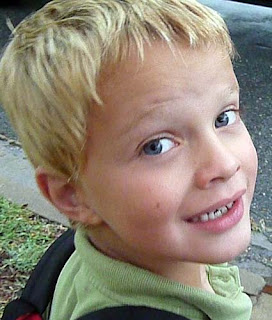 Carefully crafted for your viewing pleasure by Joeymom at 8:13 AM No comments: