The Holidays Have Begun 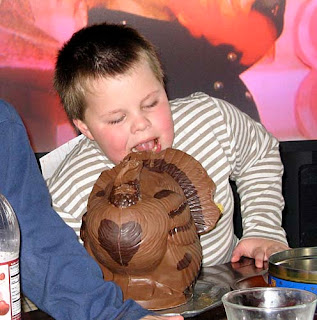 We had a nice, quiet Thanksgiving at Grandma's. The boys got to eat lots of food, and Grandma had a big chocolate turkey for them. We watched the parade and Santa coming to town. Ah, tradition! 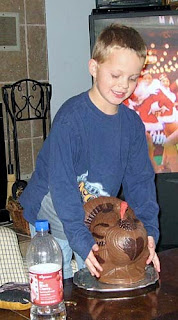 We also had some new books to read while we waited for dinner to cook. Andy liked one about drawing dinosaurs. He spent a good part of the afternoon both before and after dinner drawing dinosaurs. But I think the chocolate turkey was the big hit of the day! 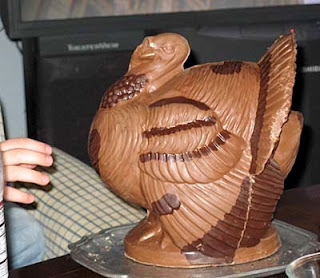 Ah, the yumminess! Now it's time to take down the fall decorations and get moving on Christmas. Right now, it looks like I'll have some spare days to get the decorating done, including some things I haven't had time to do in the past, re-wiring some of the garlands and fluffing out some of the decorations that haven't been used in a while. 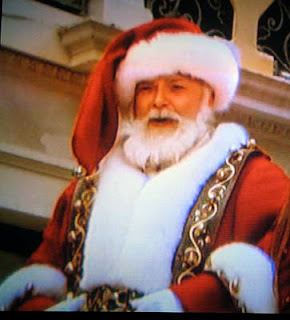 Yes, it is official! the holidays are here!
Carefully crafted for your viewing pleasure by Joeymom at 8:52 AM

Wow, that turkey is amazing!

Glad you had a good day!!

It's Ben's favorite time of year. We always begin putting up Christmas Decorations after Thanksgiving dinner, or I should say Ben and Dad do. Ben starts a month earlier checking out the lights. Tradition is a good thing!!

Wish I had some of that turkey...like I need anything else to eat