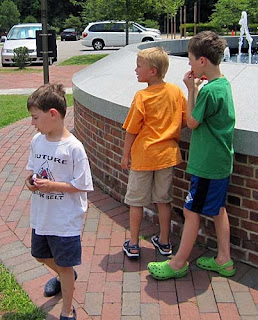 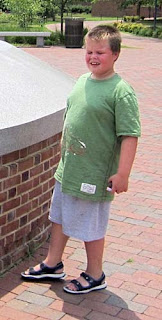 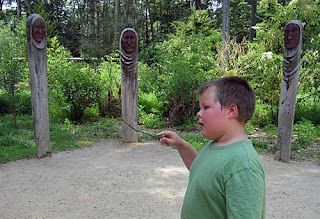 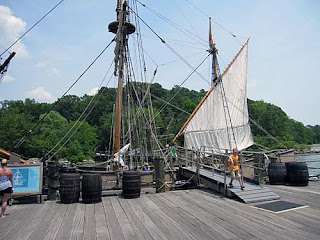 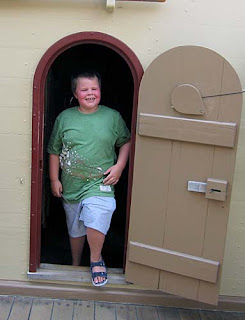 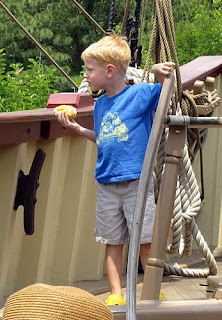 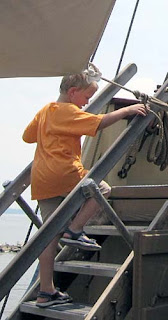 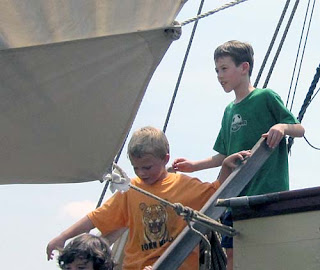 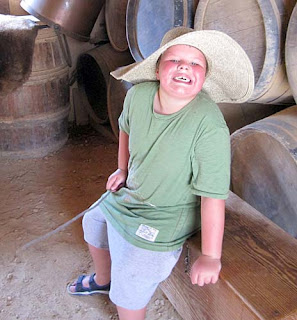 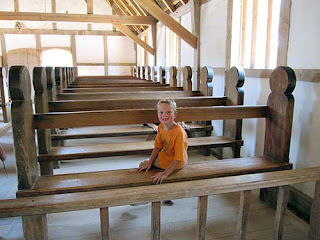 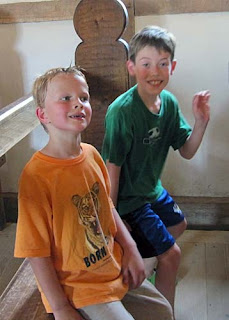 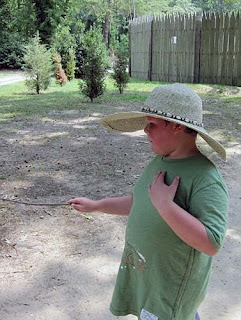 Being with Team Stimey is always a pleasure. We should do it more often. And when it's cooler, so we can make it together longer.
Carefully crafted for your viewing pleasure by Joeymom at 10:38 PM

We had SUCH a good time with you! We would never have gone to Jamestown if you hadn't suggested it, and going with you made it so much better!

It's so funny because I spend so much of my life constantly monitoring for Jack that I don't even think about it anymore. But your description of him is right on. He's just a quiet little wanderer. Of course, nowadays you can locate him by listening for his snorting.

Your kids are wonderful. (As are you!) I'm so glad that we get to play with you!